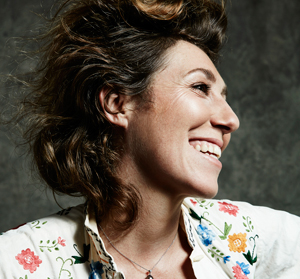 With an undeniable voice and an arsenal of powerful songs, Martha Wainwright is a beguiling performer and a refreshingly different force in music.

New album ‘Goodnight City’ (PIAS) is poised to be her best record yet. It returns to the rawness of her first release and includes songs by Martha, as well as by other great songwriters such as Beth Orton, her brother Rufus Wainwright and Merrill Garbus of tUnE-yArDs.

The daughter of American folk singer Loudon Wainwright and Canadian singer-songwriter Kate McGarrigle, Martha was raised in a musically gifted family and her brilliant music is a reminder of her background in folk.

“Fantastic set from the hugely underrated and greatest talent of the Wainwright clan. Full of incredible songs, old and new, that come straight from the big dark heart of American songwriting” – The Guardian

Support comes from:
Bernice
Toronto singer-songwriter Robin Dann’s Bernice project first gained notice in 2011 with the sublime adventure in soulful synth pop, What Was That.
More recently, Dann has signed with the Arts & Crafts label and has released, as Bernice, the single St Lucia. Produced by Grammy Award winner Shawn Everett, the springy, busy R&B track features Dann’s airy vocals and questions the origins of one’s peculiarities. “The song works is a reminder to myself of all the women in my family who’ve lived before me,” Dann writes, “I wonder ‘what of me is you?’”

Over 14s welcome, under 16s to be accompanied