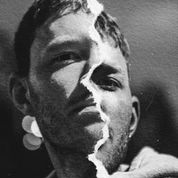 At The Green Door Store

Melting Vinyl presents Leifur James and Mabe Fratti at The Green Door Store this November for an evening of atmospheric melancholia fused with dancey electronica hooks.

With driving, melancholic electronica, ‘Wise Old Man’ is a nod to what can be expected of James’ second album, ‘Angel In Disguise’, showcasing a more experimental side to his production. Traversing through musicality, progressive synths and introspection, the first single unveils the producer’s distinct sound with disorientated vocals; speaking of the interplay between reason and emotion, the lyrics repeat “Wise old man in my brain, soul bursting through my veins”, opening the gates to this captivating electronically steered opus.

James’ tour will kick off in October 2021 performing his biggest headline London show to date at London’s acclaimed Village Underground.

“While Angel in Disguise certainly demonstrates James’ skill as a producer, the album’s tendency to meander and drift – as if lost in the cycles of grief and nostalgia – can begin to wear a little thin. After a while, the listener is left craving a way through to the other side.” – Crack Magazine

In simple terms, Amongst The Pigeons is an electronica artist.

It is only when you try going beyond that simple description, you come to realise there is nothing straightforward about Amongst The Pigeons.

Words like ‘diverse, individual, inspiring, lo-fi, playful, psychedelic, quirky, weird and wonky’, have all been used to try and explain what is going on, but maybe somethings should not be pigeon-holed.

Over the last 15 years Amongst The Pigeons has made it clear they are not trying to follow any mainstream musical trends. This approach has contributed to praise and accolade across the self-releasing of 4 full-length albums, numerous EPs and a whole host of one-off singles.

In many ways this is why the name was originally chosen by West Sussex based producer and performer Daniel Parsons who has very much followed his own D.I.Y path whilst creating a unique and exciting sound.

During this time there has also been an array of high-profile live shows including slots at festivals such as Glastonbury Festival, The Great Escape, Secret Garden Party and numerous smaller boutique festivals across the U.K.

Equally happy performing in a late night dance tent or at family friendly events, Amongst The Pigeons has something for everyone. The ATP Live Show continues to win over audiences with a mix of fresh music, pigeon facts and crowd engagement.

Amongst The Pigeons is an all inclusive artist and promotes diversity, equality and inclusion in everything they do, supporting charity events, gender balance on line-ups and environmental matters.

The Amongst The Pigeons mantra is Peace & Feathers …. come and get amongst it.

Get your tickets fast before they all go and enjoy a mystical evening of emotionally suspenseful electronica.

In response to the recent developments of Covid-19

At present we are in the process of finding out what the effect of the UK Government’s latest advice to the public to avoid contact in social spaces means in terms of our upcoming events.

It may mean some shows planned for the near future could be postponed to a later date in order to safeguard our local community.

Melting Vinyl are dedicated to supporting artists and the local live music venues and we are currently in close communication with both – we will keep you all updated as soon as any news comes in on our social media.

Many thanks for your patience and understanding and please bear with us as we navigate through this unprecedented time.